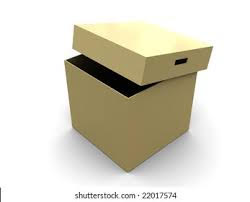 -This is part one of a creative writing piece, about a girl who finds the truth about her family-
“Nicky, can you go get me a jar of beans from the basement?” My grandma asked me

Me, my grandma, and my dad live on a beautiful vineyard my dad runs. We moved here when I was 5, before that we lived in Hollywood. My mom died when I was a baby, after that it was just me and my dad. I don’t remember my mom, and my dad never talks about her, I don’t even know who the woman is, or was.

I walked down the stairs in the basement, Grabbed a jar of beans. As I was walking out I saw a box that was half way opened, and said “Rachel” on it. That box has never been there before, it looked like someone was looking through it recently. I opened the box and there were a bunch of pictures of Rachel Anderson. Rachel Anderson is my all time favorite actress. She is beautiful, funny, and good at her job. Why are there a bunch of pictures of her? I picked up a picture frame that said Rachel and Nickole with a heart around it. In the frame was a picture of Rachel, holding me, at 5 years old.

I grabbed the jars and walked up the stairs.

“Her are you beens,” I told my grandma

“Thank you!” she said exuberant

“Why are there pictures of Rachel Anderson in a box that says Rachel on it in the basement?” I asked

I ran downstairs and grabbed the picture I found.

“And why was this in there, that is me, and that is Rachel Anderson?” I said to her while pointing at the picture

“All I can say is your mother is not dead, and go talk to your father.” she answered

I ran down the vineyard, through the barn, and into my dad’s office.

“My mother is not dead!” I yellied after I opened the door

My dad got up, walked over and shut the door, then opened a drawer in his desk, and gave me a paper from 2011. I looked at the paper and it said “5 year old girl Nickole Jonsen, killed in a car accident.”

“Say that a little louder, why don’t you.” my dad said

“You better tell me what’s going on.” I said

“Yes your mom is alive, she thinks you’re dead. Well you were I… I was drunk and got into an accident. On my way home from cheating on your mom. I felt so bad, you were in the car with me so instead of telling her the truth, I told… told her there was a terrible accident, and you did not make it. I ran away that night with you, and opened this vineyard.” he told me

“What the heck is wrong with you?” I told him

I ran out of his office, and to my room. For the next three weeks I did not talk to my dad. I was mad at him, he has lied to me my whole life.

“Knock, knock,” my grandma said while walking in my room

“We got you in a summer camp as a counselor,” she said

My mind just blew up, I get to leave this reckoning part in my life.

I was thrilled, I would not have to see my dad for 4 weeks, the camp is in california. I was ready to leave! I couldn’t think of anything else, I think I was ready to go. It was not a long plane ride to Calie, I mean they are our neighbors so… I got out of the plane, and a guy in a black tuxedo was holding a sign that said my name.

“Are you Nickole Jonsen?” He asked me with his french accent

“I am Jacques, your moms personal driver” He said

“Who, What, wait a minute I suppose to be going to a summer camp” I said with a big attitude

“No mademoiselle, your father told Ms.Rachel you are going to be staying with her for a few weeks.” He said kindley