Where the lonely are headed 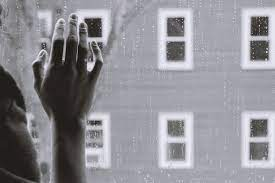 Loneliness can have a big effect on our mental health.

In a time where nothing feels certain, there is one thing we can all count on, being told to estrange from our peers in order to protect those around us. However, recent studies have shown that the long term effects of our separation could have catastrophic effects on mental health.

Loneliness is defined as a feeling of longing or emptiness that is caused by a lack of emotional attachment. Feelings of loneliness occur when a person has fewer interpersonal relationships than desired or if the person does have these said relationships, then they are less satisfying than desired.

However, contrary to popular belief, loneliness is not the state of being alone. In fact, loneliness can occur even when a person is surrounded by multiple peers.

An anonymous senior from Yamhill Carlton High school has experienced loneliness, even when around other people. “You feel as though the people you are around can’t understand you or vice versa. A way I usually describe it is that there’s a glass pane separating you from the others. You can see them, but it’s difficult to hear what they’re saying or even touch them. They’re so close and within your reach, but you can’t connect,” they said.

At one point, loneliness provided the human species with an evolutionary advantage because it forced us to keep in contact with others of our species, but over time it has become superficial. Unfortunately, because of current events, it has become increasingly important to understand the symptoms and effects of loneliness and how to treat them.

Possible long term effects of loneliness include obesity, high blood pressure, sleep problems, or premature death. However, the most common effect of loneliness is depression. Depression derived from a lonely spell can occur several days after the event or even multiple years after the episode has occurred.

Due to the increasing amount of time the student’s of today have spent indoors–isolated from their peers, the amount of people who said they are experiencing loneliness has increased dramatically.

When asked, an overwhelming amount of students stated they are significantly more lonely now than when the pandemic first started in March of 2020.

An anonymous freshman has been forced to stay at home and feels as if the pandemic has increased their loneliness. “I am completely alone in my own home. No one there recognizes me as someone with an opinion, my parents force me “down” until I can no longer build myself up. It is a constant battle of pain and defeat, defeat not because I am weak, but because I wouldn’t be allowed in my own home if I fought back.”

If this trend of separation continues, the amount of depression cases, among children in schools and young adults, will skyrocket (CDC MMWR 2).

Luckily, there have been studies that prove developing significant interpersonal relationships during times of hardship can lessen the perceived feelings of loneliness which could, potentially, help lessen the cases of depression that will arise in the near future.

However, it is understandable that going out and making friends is not as easy as it was prior to the COVID-19 pandemic.

An anonymous senior gave this advice to those waiting to create interpersonal relationships until it is safe to do so, “I used to struggle with loneliness and the lack of ability to connect with others, but now I don’t struggle with the emotion. I’ve learned to be self satisfied with my own company rather than need others. Not that it means you can’t have friends, but if you can’t be content with only yourself, then that’s something you should work on.”