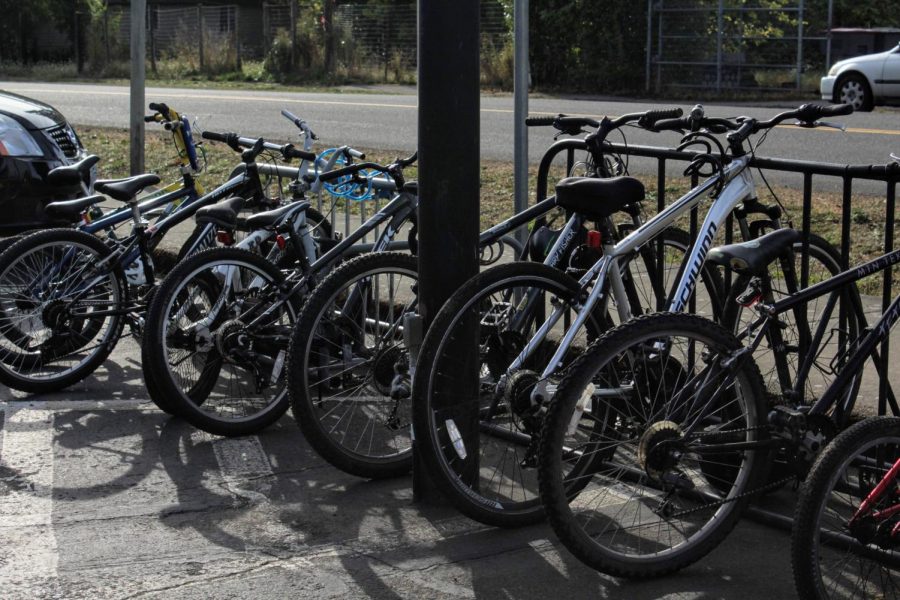 The new Bike Stop law here in Oregon essentially allows cyclists to treat stop signs as a yield sign or flashing red lights, eliminating the need for them to come to a complete stop. This law is known as the “Idaho stop” law due to it originally being enacted there, with Oregon being the fourth state to adopt it.

Most drivers are already upset at the fact that cyclists share the road given that they’re not automobiles and now they get special laws that grant them more privileges on the road. They also pose as a danger to most drivers due to the nature of them being more exposed to accidents. So it’s not a stretch to say that most drivers aren’t a fan of sharing the lane with bikers.

A Junior at YC, Ryan LeFebvre stated, “I hate driving around people on bikes because they’re pretty hard to see and adhere to.” This statement shows how sharing the lane is seen as a hassle. This, however, shouldn’t be the case due to most cyclists being just another person trying to reach their destination, also given the fact that they share the majority of the frustration that most drivers already currently share.

However, the environment is very different when comparing a city to a small rural town. On crowded busy streets it may be several times more stressful to deal with the dangers of sharing the road than on the quiet or slow-paced traffic of small towns.

When LeFebvre was asked about his conflicts with cyclists in Yamhill, he responded, “Driving here is almost always incredibly easy and I’ve never really dealt with any cyclists here.”

When asked about driving in Beaverton however, Ryan stated, “Cyclists are definitely more apparent there, especially with kids there, biking to school, which is kind of an annoyance.”

This new Law may seem to grant them a new dangerous habit, but it has actually been proven to decrease the number of crashes. In a study by UC-Berkley, it was stated that bike crash rates were reduced by 14 percent in Idaho since the enactment of their law.

All in all the crash only really adds benefits for everyone by making the streets safer in general.