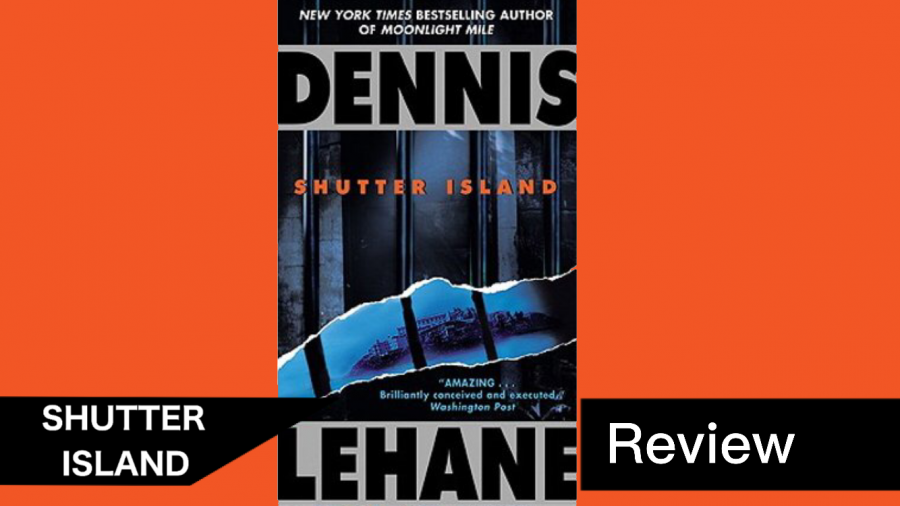 Shutter Island is a fictional mystery novel that takes place in rainy Massachusetts in 1954, written by Dennis Lehane it was a New York Times best seller and later made into a movie by Martin Scorsese. It follows two US marshals who travel to Shutter Island to investigate the mysterious disappearance of a patient, Rachel Solando. When the two get to the island they are greeted by the secretive staff of Ashecliffe Hospital for the Criminally Insane.

The main protagonist of the book is Edward Daniels aka “Teddy”, he is a widower and a World War II vet that has a slight case of PTSD. Throughout the book Teddy is haunted by his dead wife and more and more of the story is revealed throughout all of his daymares and nightmares.

While investigating the disappearance, Teddy and Chuck (his partner) find a code in Rachel’s room, Teddy who was a code breaker in WWII is tasked with breaking the code. They end up deciphering it and believe it that is refers to a 67th patient even though the records only show 66 patients.

The book has many brilliant twists and turns and is considered either Lehanes best or second best book, following Mystic River. The story has a strong gothic feeling with gloomy settings and nerve racking events.

Dennis has created so many masterfully crafted suspense moments in this book that your on the edge of your seat for most of it. The book can make you question if you really know yourself as good as you think, there is a sense that Teddy is missing something while you follow him but the idea is fragmented and you have to put the pieces together.

The setting of the island seems sinister and unpleasant beyond that it’s a psych ward, it feels as if there is something deeply wrong with the islands bones and the third building that the detectives aren’t allowed into gives off a creepy vibe.

The use of isolation on the island with a wild storm brewing causes all the more stress for the reader, Teddy is not allowed to run from is problems will on this rock in the ocean and he must face them head on.

Near the end of the story the pace slows down drastically and allows you to digest all of the clues before officially announcing the main twist, by the end it’s quite obvious what’s happening and it is released perfectly.

I think the book is a great suspenseful mystery, with a psychotic composition. If you’re in need of an edge of your seat thriller this would be perfect.