Star Wars: The Rise of Skywalker – A Wasted Conclusion to an Epic Saga (Review) 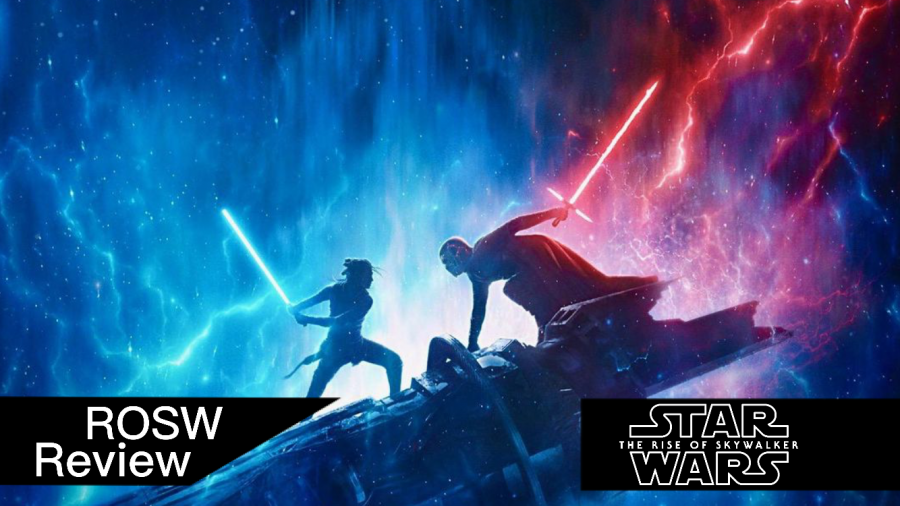 [Warning: This article contains copious amounts of spoilers for The Rise of Skywalker]

“Star Wars Episode 9: The Rise of Skywalker” is one of the biggest, most culturally important movies of all time, and it’s also not very good.

The Rise of Skywalker (abbreviated as TRoS from here) is the final installment of the 42-year-long Skywalker Saga, which is comprised of each of the 3 Star Wars trilogies. It’s intended to wrap up not only the Sequel trilogy but the entire 9-movie series, a tall order that it fails to deliver.

While many people enjoyed it, and I can’t pretend to have hated the fun action and commendable acting, the movie does not hold up past the theater experience. Others felt similarly about the writing. YCHS Student Teacher Brendan Comiskey feels there was a lack of vision for the series as a whole, explaining, “It feels like a director fight. That [Abrams] set things up in the first movie, that [Johnson] had his ideas, and that Abrams didn’t agree with what happened in Episode 8.”

From the opening moments the cracks begin to show. The first section of the intro crawl reads:

“The dead speak! The galaxy has heard a mysterious broadcast, a threat of REVENGE in the sinister voice of the late EMPEROR PALPATINE.”

Even ignoring that the “broadcast” referenced here was first revealed to gamers in a special event within the popular multiplayer game Fortnite, this is still narratively weak. Palpatine (Ian McDiarmid) may have been a stealth villain of the Prequels and the open vilain of the Original Trilogy, but he has not been remotely set up in these movies. He died at the end of the Original Trilogy, in fact, which is set 31 years before TRoS.

His presence is entirely out of thin air. In the previous movies, the big bad was Supreme Leader Snoke. He died in the second act of the end of Episode 8, leaving Adam Driver’s Kylo Ren as the new Supreme Leader. By bringing Palpatine in it resets the status quo of a wholly evil emperor figure. Not only is it a lazy writing move akin to killing off a soap opera character and replacing them with a secret twin, we also find out that Palpatine literally created Snoke in a clone vat.

The writing decisions, make it seem as though Palpatine’s role was originally going to be filled by Snoke, which would be at the very least more understandable than conjuring The Emperor out of thin air.

This doesn’t spell great things for the movie, especially considering the director, J.J. Abrams is often criticized for a laser focus on nostalgia in his writing and this is transparently a nostalgia-baiting move, wrapping up the final trilogy by revealing the assumed-dead character is still causing problems for the galaxy.

On that point, the copious amounts of unnecessary callbacks and references made for a frustrating experience. The previous film conveyed a theme of “Respect the past, but learn to let it go if it’s holding you back.” This movie was clearly not written with that in mind, more indicating an obsession with the past, considering the presence of elements like the new planet-killing superweapon (for the 4th time in the series and the second time for J.J. Abrams), the final act being very similar to Return of the Jedi, and most egregiously, Rey Palpatine.

Not set up previously, we find out Rey’s grandfather is Emperor Palpatine himself. Rey (Daisy Ridley) is not, in fact, the child of nobodies who “sold her for drinking money”, as we were told in the last movie. She, like most characters in the Star Wars franchise, is part of a powerful family with special importance.

I find this reveal cheap and hollow. And by extension I find this movie soulless as well.

This movie is completely unconcerned with complex themes, with nuanced characterization, and with allowing drama and weighty losses. Moments of tension are undercut, like the apparent unintentional death of Chewbacca (Peter Mayhew) at the hands of Rey, where he was quickly shown to be alive and in the hands of the First Order. Or when C-3PO (Anthony Daniels) sacrificed his memories to aid the heroes but gained them all back at the end. It’s lazy writing.

Rey doesn’t get to honestly grapple with Chewie’s death, nor does the audience. And the restoration of Threepio’s memories at the end makes a large amount of the second act pointless, retroactively invalidating about a half hour of the movie and the major emotional moment of the sacrifice.

This type of lackluster storytelling is what causes me to dislike the movie, apart from other minor and major nitpicks that drag me out of the experience. The movie is visually beautiful and well-acted, but unlike the previous movie, the technical elements of the film aren’t serving a strong script and cogent theming.

I don’t think I’ll be rewatching this when it comes out on Disney+.