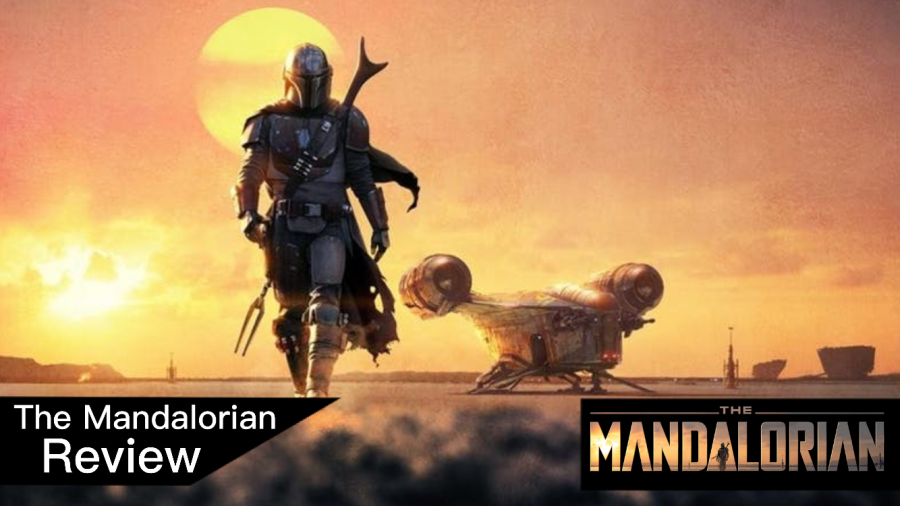 When you think Star Wars these days, you’d probably think of the giant, big-budget films Disney produces every few years. Despite the size of these films, a different part of Star Wars is capturing people’s attention: The Mandalorian series on Disney+.

When The Mandalorian was announced as a Disney+ exclusive TV series, I was skeptical, but quite intrigued. We’d never had a live-action Star Wars TV show, especially of the caliber Disney and showrunners Jon Favreau and Dave Filoni were promising, which was shown to be of near film-level quality.

The Mandalorian begins with a Mandalorian (sometimes shortened to Mando) named Din Djarin, taking on bounties for the mercenary’s guild. Bounty hunter focused stories aren’t new to Star Wars, but are certainly a rarity when it comes to being in such an up-front, center of focus manner such as this series. They’re also a part of Star Wars rarely referenced in the current films.

One of Mando’s bounties turns out to be an alien child, despite being told he’s 50 years old. This child turns out to be force sensitive, meaning it can use the force, and occasionally manages to save Mando from what would likely be certain death without the child.

This element of the plot really adds to the overall story and journey Mando goes on throughout The Mandalorian’s 8-episode-long first season. The show is much slower in pace than its film counterparts, more akin to classic Star Wars, than the often breakneck-pace, action-packed modern Star Wars films.

Some die, of course, and others only show up for a single episode, but this method of having an episode’s story focus on Mando and a few important side character is a great way to develop those characters.

A couple of the most important side characters return for the season’s final episode, which ramps up to be an exciting, explosive, action-packed finale to The Mandalorian’s first outing.

Despite the phenomenal introduction and conclusion of episodes 1 and 8, the series does feel at times, a little too slow. There are episodes, such as episode 4, which feel borderline like filler episodes. Granted the episode does introduce an important side character, but generally it feels like filler.

These “filler” episodes do try to at least add something to the story, often providing valuable character exposition and development for Mando, as large sections of the filler episodes lack action and can have those smaller character beats.

Pedro Pascal does a great job portraying Mando; despite the fact that Mando never removes his helmet during the season, the emotion and thoughts of Mando still come through his stoic, distant-seeming exterior.

The Child also helps to express some of this emotion, as when Mando saves the Child from being taken by the Empire, he starts to form a bond with it and sees himself as its guardian, and in some cases, the Child as his guardian.

As for the look of the show, I was really astounded by the sheer level of quality in every aspect of the show. The costumes, makeup and prosthetics were excellent and super high quality. All of the planets and locations were beautiful and realistic, meaning it never feels cheap enough to take you out of the experience, and what little CGi was used, (large parts of the show were done using practical effects) all look great. Considering each episode had a budget of $25 million (quite high for a TV series), after a point you really start to feel as if your watching an 8-hour-long movie, not a series. That’s how phenomenal it looks.

If most future Disney+ series continue to look this high-quality, I’d say we’re in for quite a treat.

Overall, I’d highly recommend The Mandalorian to all fans of Star Wars, and even to people who know very little to nothing about Star Wars, as it still manages to be a good show, outside of being a good Star Wars show.

The Mandalorian is rated TV-14 and all episodes are currently streaming on Disney+.