Undefeated and Still Pushing for a Title 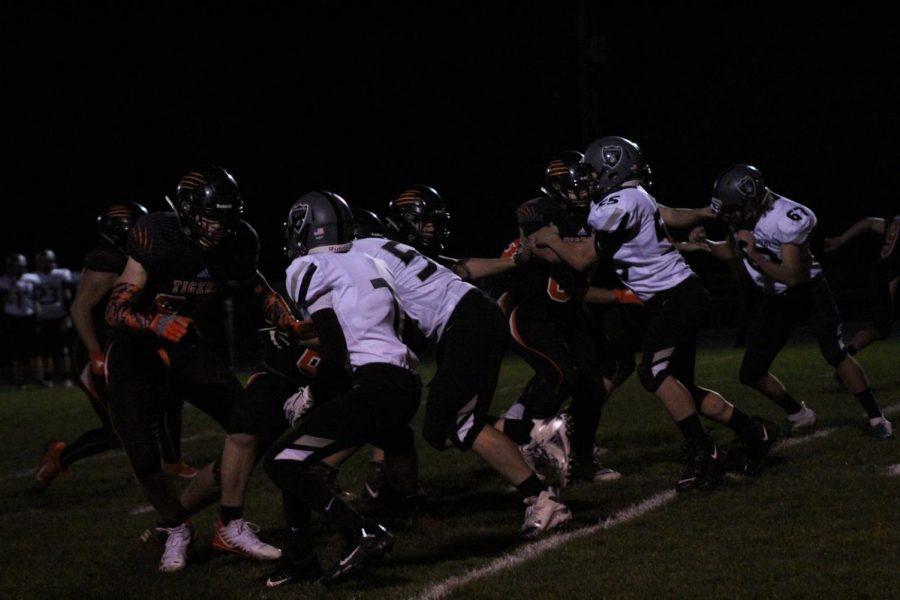 Yamhill Carlton high school’s football is going for the league title with an overall league record of 7-0 — only needing to win the next two games for league champ.

Coach Brennon Mossholder says, “YC has not won a league title in football since 2007. If we win our final two games, we will be league champs.” Senior Sam Dixon who plays center says, “Our first league title since 2007 is what we are pushing for.” With the team driven and the great bond they have, they’ll have no problem making it.

A drama-free team as Dixon says, “But besides all that we stay together from the time the bell rings after school to the end of the game we stay together as a group and we all stay focused together.” Senior Dylan Mclnnis who plays offensive tackle says, “We do a lot of things like hang out at different games.”

Most of the juniors and seniors have been playing with each other for a long time now. Senior Jakob Jarvis who plays receiver says,  “Our team is pretty old, so we have been playing with each other for four years and we do offseason work like lifting and we just kinda bonded pretty well doing all of that, which definitely helps us out on the field.” Dixon also says, “I’ve grown up with the senior class it’s such a good group and along with that the junior class works really hard to match with what the senior class has even though they are a year younger they never stop grinding.”

Mossholder agrees that the team is bonded. He says, “I think this team is incredibly close. A lot of our seniors and juniors are really close friends and have played together for a very long time. I am especially impressed by our captains: Jamie Garcia, Sam Dixon and Jakob Jarvis for being great leaders and helping the team bond.”

They also have an amazing community that supports them. Dixon says, “Because of our amazing community and our amazing parents of the players, before every home game we have a team meal. Whether that be delivered to the cafeteria from some restaurant nearby or just last week for the Madras game we walked down to rooted pizza and they served us pizza which was amazing.”

The only have two more league games until playoffs. They’ll play Blanchet Catholic and Salem Academy.