IT Chapter 2: Bigger, Longer, Funnier, But Not As Scary 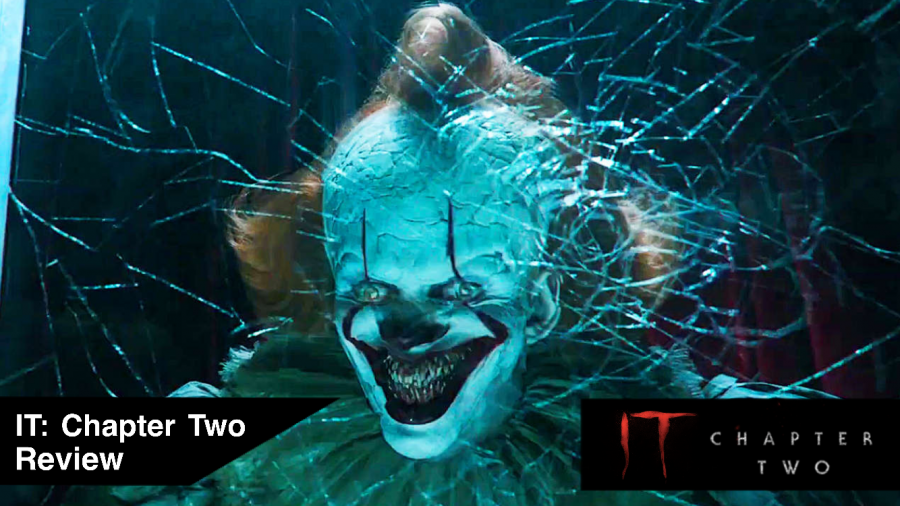 It Chapter 2 is of course a follow up to 2017’s IT but about these characters 27 years after the first. The story follows the adult versions of our main characters as they go back to Derry to confront their fears and defeat the titular IT. The film has its ups and downs but overall I think audiences who loved the first will like this one as well. Though there may be some things that make the audience uncomfortable.

The film opens just like the book, with a hate crime. Audiences have already complained about this scene not realizing the reason it is in the film. Stephen King in the mid 80’s read about a hate crime in which two gay men were brutally murdered. King was extremely moved by this and knew how it could influence his book. The film uses it as a reintroduction to the awful city that is Derry. This also shows us the town hasn’t changed from the first, and that it still turns a blind eye to the atrocities of the town. Yes, what is happening is horrible but it serves its purpose. But for more sensitive audience members the film opens with a hate crime against a gay couple.

The story of the film is very simple, the Losers Club tracks down tokens of their childhood in order to defeat Pennywise and they run into the clown of the year for a few scares. These scares though are definitely more effective than others. For some characters the scares are pulled from the first. These scares though do serve a purpose in the necessary areas of character development, specifically for Eddie.

The characters this time around are, of course, in their adult years. This leads to a shift in perspective in the book. There are certain things that are scarier as a kid than as an adult. A leper covered in disease and rotting is scary looking yes, but when you’re a kid, that is horrifying. This is one of my very few issues with the film, the scares suffer from a shift in perspective.

But with this shift comes some interesting characterizations. Especially with Bill played by James McAvoy. He’s haunted by images of his dead brother that he somehow forgot about. This leads to an interesting character conflict with him and leads to some good motivation. Another interesting character in Bill Hader’s Richie. Now when I say standout, I mean literally the best part of the movie. Bill Hader masters the dramatic parts of his role and conquers the comedy. He brings so much to the film and you relate to him the most due to him being one of the most vulnerable and charismatic.

Eddie, played by James Ransone, is literally the grown up version of his younger self. Now I don’t mean he’s the older character I mean the actor feels like the adult version of the child actor. He looks just like him and delivers comedic lines in the exact same fashion. Beverly, played by Jessica Chastain, is one of the key emotional factors of the film. Her character arc is sad and can be relatable for some. She was never truly able to escape her abusive life and the film follows her really overcoming that. Ben and Mike are less memorable characters sadly. Mike is kind of just there to get the plot flowing and give exposition. The use of these characters is somewhat underwhelming. These characters are extremely fleshed out in the book and the movie being limited to two and a half hours restricts that.

But, Bill Skarsgard as Pennywise has some of the most entertaining parts of the film. He has fun with every scene and puts his all into it. He really is the perfect casting in this version of the timeless story of IT.

But, even with this restriction the film is still extremely accurate to the source material. The film remains accurate to all its characters (mostly). The opening introduction scenes are a little rushed because they really want to get them to Derry. Overall, the film is pretty good. It gives you most of what you want with some lackluster scares but either really good characters or just good characters. The perfect casting also helps the film. The gore used is entertaining and Pennywise is just as entertaining as ever. IT Chapter 2 gets a B-. The film is rated R for violence, language, frightening images, bloody images throughout, and some crude sexual material.