Polarization May Actually Be A Good Thing

America is truly a nation of division. But perhaps division isn't a bad thing when bigotry so often colors one side. 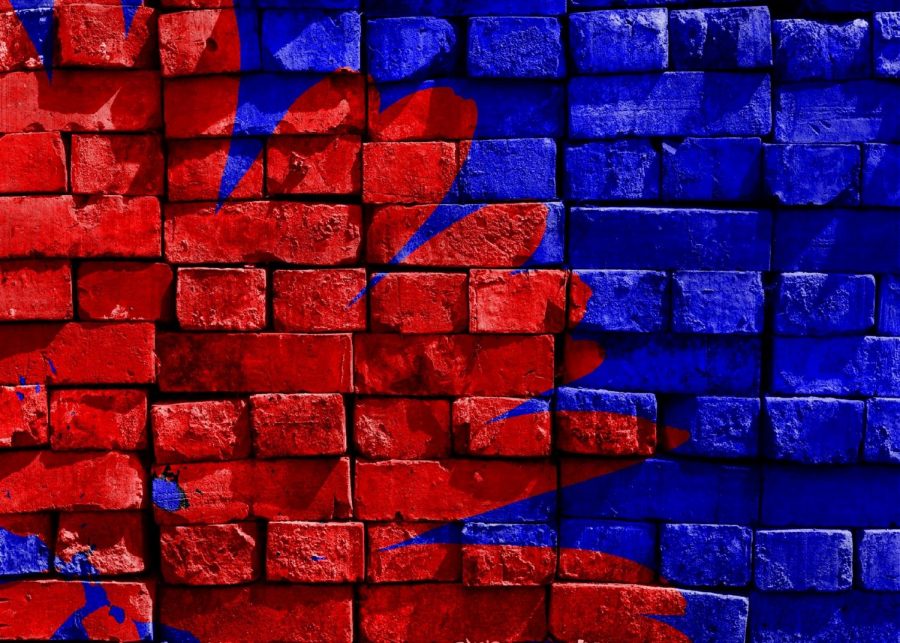 America is increasingly divided along party lines. A large part of American cultural identity is linked to whether you back the Donkeys or Elephants, and more and more those two poles are drifting apart. This is obviously true on a national scale, but it’s visible just as well in small communities like ours. Yamhill could be easily perceived as a town divided. There are various ways this is true, including the partisan politics that one can witness throughout YCSD.

But where is this happening? Perhaps more importantly, is it really a bad thing?

Outside normal school function, harsh division is apparent in the School Board. Occasionally, community-shaking issues will erupt from the politics of academia and involve many people from within our twin towns.

In Spring 2017, a then-controversial teen romance book, “Eleanor and Park”, was banned from the curriculum at the middle school level after parents became outraged at depictions of spooning. This grew into a months-long Board battle, eventually resulting in the formation of a special action committee of which I was a part. Eventually the book was reinstated, but harassment and threats from the “anti-E&P” side also led English teacher Anthony Vala-Haynes to leave the district.

Around a year later, a church group within town began to push for “In God We Trust” signs to be installed on the school grounds. This issue was brought to the board, and the community was yet again split clearly into two camps. The argument from the group was that “In God We Trust” is the national motto and thus should be on the property. The opposition saw this as a shrouded move to bring religious imagery into schools, a perspective I happen to have advanced during that time.

Relatively quickly, the case was resolved in a close vote. The opposition won the measure, but these issues run deeper than can be resolved in a boardroom. The problem exists everywhere.

For notable examples, I interviewed YC Teacher Matt Opitz, who teaches a Law and Politics course, on the topic of polarization in his classroom specifically. When asked about specifics on heated conflicts, he offered “…When we have the topic of immigration come up, or the topic of gun control come up, some people feel very strongly one way or the other, and you know too with immigration…they’ve grown up in a racist environment and so that will raise its ugly head in a conversation every now and then and you’ve gotta be quick to squash that or else it can spiral out of control.”

Immigration is an interesting example, as it is likely the most heated hot-button issue facing America at the moment. And it’s particularly interesting as a topic to hear that race is a major factor in opinion on immigration, considering the major sin of polarization is a lack of ability to compromise. Should there be a compromise between those with opposite views on immigration if racism is integral to many people’s feelings on the concept?

Regardless, Opitz also believes that it’s important to bridge divides, saying “…Well I don’t want somebody to feel that their point of view isn’t valid, because everyone’s point of view is valid. I don’t want somebody to feel bullied, and that could come across that way especially if you got one person in the class that feels a certain way and the majority feel another way…they can turn on them real quick. I want to make sure everyone leaves feeling heard and feeling safe.”

But here’s the thing: Is, like Opitz said, everyone’s point valid? Does everyone have equal ethical and realistic weight attributable to the personal beliefs? If, like established before, racism is a part of that, is racism a debatable perspective? I say no.

Racism is inherently harmful and irrational. Sexism is the same.  This extends to other bigotries, like homophobia, because the majority of society has deemed these as above the bar of rational debate. Transphobia, however, is still legitimized.

When I say that not all points of view are acceptable, this is the exact example I intend to put forth. It’s no longer socially acceptable to discriminate based on race or sex, but transphobia is still a relatively popular political position. Bathroom usage, pronoun usage, access to hormone therapy, access to reassignment surgery, and even the very possibility of trans existence is debated.

And it’s not something we’d tolerate for other minorities.

I don’t want to compromise with bigots. There is no middle ground in transphobia. In racism. In sexism. In homophobia. I don’t want to cede ground on these issues, because there is no compromise. If the two poles are between bigotry and support, I choose support. And if you don’t consider yourself a bigot, it’s your duty to do so as well.