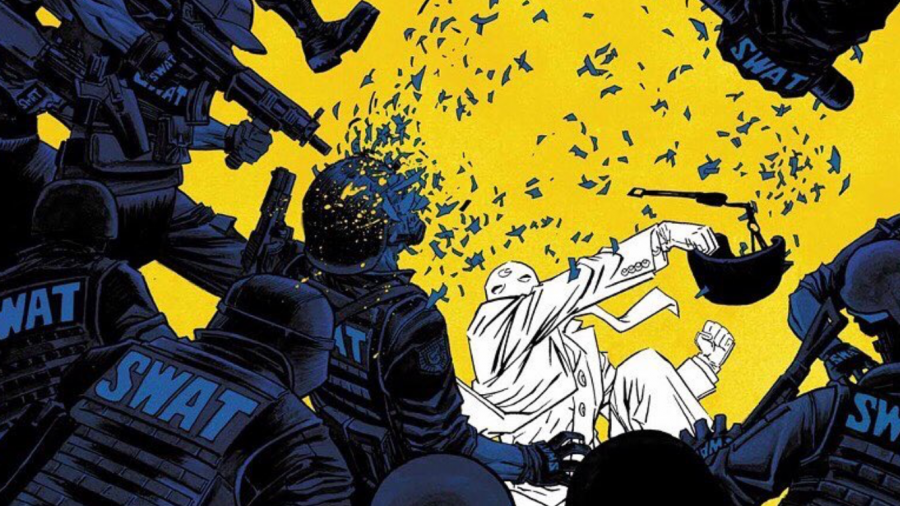 Moon Knight is a character that has often been overlooked when discussing Marvel comics as a whole. Most people have written the character off as Marvel’s attempt at copying Batman, but in reality the character is much deeper than that.

Perhaps no Moon Knight comic run highlights this depth more than the 2014 to 2018 run. The seven volumes included in this run are some of Marvel’s best modern comic books.

In a world where the most famous heroes have been changed beyond recognition, a relatively unknown character may be just what Marvel needs.

Since Moon Knight is a very small-time character in terms of an overall universe, he gets the benefit of consistent creative teams, ones that really care about innovating on the character and offering fresh new takes on a decades-old character.

Moon Knight first came about as a villain in the “Werewolf by Night” series in 1975. After a few unsuccessful comic runs throughout the 1980s, and another lackluster run in the mid-2000s, Moon Knight’s future seemed grim.

So the character disappeared from the scene in 2012, only to show up in the hands of readers once again in 2014, as a part of Marvel’s “All-New, All-Different” initiative, a soft-relaunch of their comic universe.

While some characters failed right out of the gate, Moon Knight managed to finally find his footing with a brand new audience, one that was ready for darker characters in a brand that was becoming overall more kid-friendly.

With this newfound, “cult classic” type of popularity, Moon Knight quickly got renewed for a second volume, and then a third. The character had a long and bright future ahead of him.

The first three volumes of Moon Knight, “From the Dead,” “Dead Will Rise,” and “In the Night,” all serve as an excellent opener for both the series and Moon Knight’s first appearance in modern Marvel comics.

These three volumes are chock full of mystery, strangely incredible visuals, and a genuinely interesting story, one that provides a unique look at a superhero dealing with mental illness.

But where the series really shines is in “Lunatic,” “Reincarnations,” and “Birth and Death”. These three volumes from 2016 to 2017 are my personal favorites, as they are the absolute craziest, most impeccably written and drawn Marvel comics I’ve ever read.

The characters all shine in the middle volumes I mentioned, and the story is fairly consistent as one single plot throughout them.

A large part of Moon Knight’s character is the fact that he has multiple personalities, however, he has less in the newest run compared to prior runs.

The contrast between the three, as well as the Egyptian moon god in Marc’s head, makes for one of the most unique and strange Marvel comic series out there, and when combined with the excellent art featured in the comics, it really becomes a wild experience.

I don’t want to outright spoil the story because it’s one that you should experience on your own, but I’ll explain Marc Spector’s backstory for context as to how weird the character is.

He boxed growing up, before going into the military. Then he became a mercenary, and was abandoned in the Egyptian desert, where a group that worshiped Khonshu, a bird-like god of the moon, found and rescued Marc.

He made a deal with Khonshu, where he would be revived and made effectively immortal, but he had to fight to protect travelers of the night.

But all-in-all, this remarkably strange backstory, in addition to the excellent and delightfully crazy story of the seven volumes, mixed with the phenomenal art they bring, makes for one of the best, most interesting takes on a Marvel character perhaps ever.