Schools Band Together for the Music Man 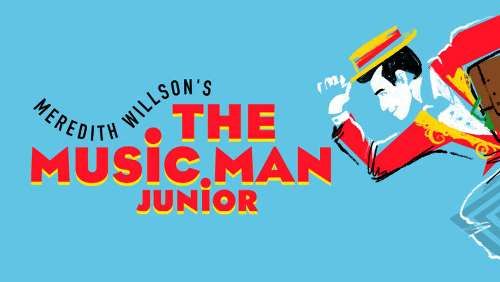 Our school recently had a district-wide play, one of the few in our theatre class’s history. They chose to do The Music Man Jr. and had students from the Elementary, Intermediate, and High schools all on one stage in the Intermediate school gym. This was prepared by the younger theatre classes rather than the High school theatre class, so it was different in that way too. Despite this, and the number of kids involved, the play seemed to be well-prepared and flowed pretty well.

The actors had exactly 55 rehearsals at 2 hours each – except for Wednesday rehearsals for the last 2 weeks of rehearsals, which were 3 hours and 20 minutes long each. There was a rough total of 113 hours of rehearsal time, going from November to the play in April. Even despite all this time, the play had a few problems. “Mics were left on backstage and people could be heard having conversations backstage through mics…” said Audrey Potter, AKA one of the main leads, Marian the Librarian, in an email. “However, for the most part things ran smoothly and actors usually stayed in character and went along with mistakes, so they were not as noticeable and sometimes not noted by the audience at all.”

The preparation for the play involved very little makeup work, but a lot of music and choreography practice. The group was also “supposed to have 2 set work days but the theatre classes got so much done that we didn’t need it,” according to Anya Brattain, who played Zaneeta Shinn. There was also a lot of costume work to get the feeling of the era right. They got most of their costumes from the Gallery Theater but had to buy some extra things such as tights or shoes.

As a whole, the students seemed to enjoy the play! Payton Adamski, AKA Eulalie Shinn (the mayor’s wife), said, “I had so much fun! Eulalie was my first comedic role and I enjoyed it immensely.” Even Mrs Verhoef, the theatre teacher, had fun! “I find a lot of joy in watching the performances. As a team, we all worked extremely hard to put on a successful production. I enjoy building the various aspects of the play with students and then in the end having them take the reigns and bring the production to life for an audience,” Verhoef said. The play raised a lot of money and seemed to be enjoyed by actors and audience members alike.