From The Page to The Screen – An Analysis of Adaptations 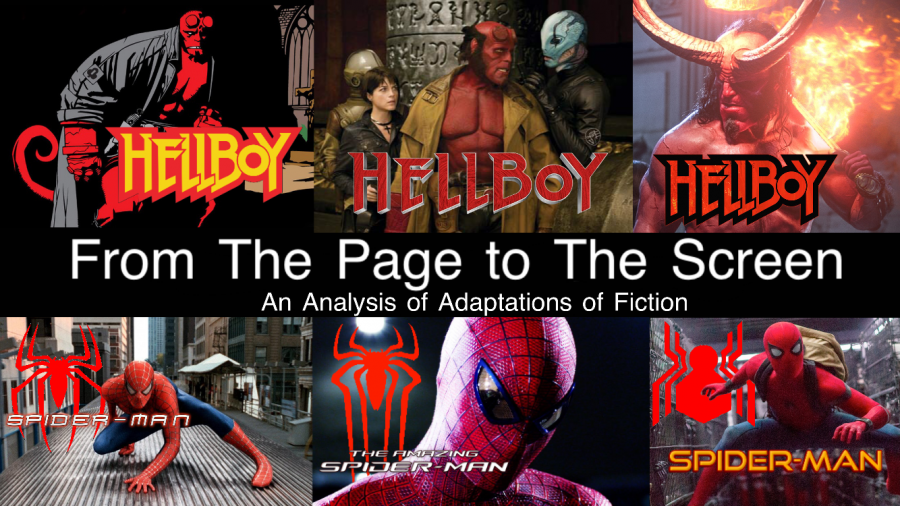 Writing fiction is a strange thing. It takes time to craft a proper story, with interesting characters and well-written dialogue. It’s not easy to do, but if enough time and effort is put in, something really special can be made. So logically, you would think that adapting that piece of fiction into a movie, or a television series, would be a breeze, since everything you need is right there for you to use.

Strangely, this isn’t the case for most adaptations. As an example of this phenomenon, take the character of Spider-Man. The trilogy of movies from 2002 to 2007 received almost complete praise, with Spider-Man 2 being regarded by many as one of the best superhero films of all time. Then from 2012 to 2014, the franchise was rebooted, and both films received average and poor ratings. More recently, Spider-Man has come home to the Marvel Cinematic Universe, and that adaptation has been very well-received.

The fluctuating quality of these three adaptations is an interesting case, several of which fell victim to the film studio creating the movies. Spider-Man 3 and The Amazing Spider-Man 2 were both marred by studio influence. This provides an insightful peek inside the development of these adaptations. The beginnings of each franchise were well-received and overall good movies, mostly attributed to the directors and writers being able to craft the film they wanted, rather than making a film that the studio wants.

That is quite possibly the most important part of creating a successful adaptation. While not a guarantee, allowing a consistent team of people to create the film offers a greater chance of success, over a studio ending up with a poorly-constructed film due to creative differences.

Another case of creative differences is Hellboy, the reboot that released this year. The movie itself was a mess, with bland acting, poor writing, a sloppy plot aggregating plot points from multiple Hellboy comic books, and mostly average visual effects. But the devastating “creative differences” line cropped up once again in Hellboy’s production, which is often associated with bad movies.

This is both fascinating and disheartening. The Hellboy graphic novels are an incredible read, with excellent backstory and world-building, and the recent film utterly failed to capture that unique feeling, instead opting for vulgarity and violence over poise and poetry.

Alternatively, the 2004 film adaptation of Hellboy directed and written by filmmaker Guillermo Del Toro managed to identify and achieve that heart and special flavor the comics originally had. Del Toro truly understood the characters and the world, and without much studio interference, he was able to make a film that riffs on the source material in its own way, but ultimately stays faithful to the comics.

So why do so many adaptations crash and burn? Why is it so difficult to capture the heart and flavor of a piece of fiction when transforming into real life? Most films that are original stories don’t suffer from this issue, but films that adapt pre-existing fiction often see significant studio interference and can occasionally be handed to inexperienced or careless directors.

To make a good adaptation, the best bet is to make an original story set within the fiction created by the source material. Or if it’s necessary to adapt pre-existing fiction, don’t try to rip it straight from the pages and put it on screen. Putting a unique spin or take on it can prove beneficial. An example of that is director Marc Webb’s The Amazing Spider-Man.

Webb is a director associated with rom-com films, and the vision he proposed in the 2012 film was certainly the most unique take on Spider-Man we have ever seen on-screen. Unfortunately the sequel, The Amazing Spider-Man 2, was an incoherent mess and suffered from too many antagonists, something similar to Spider-Man 3.

As simple as it seems to make an adaptation, through giving it to a team passionate about the character, making sure the studio doesn’t interfere, and writing and directing the film well, unfortunately it often results in a mediocre film, like Spider-Man 3, and sometimes it results in an embarrassing disaster, such as Hellboy (2019).