What’s the Deal With Stall Doors? 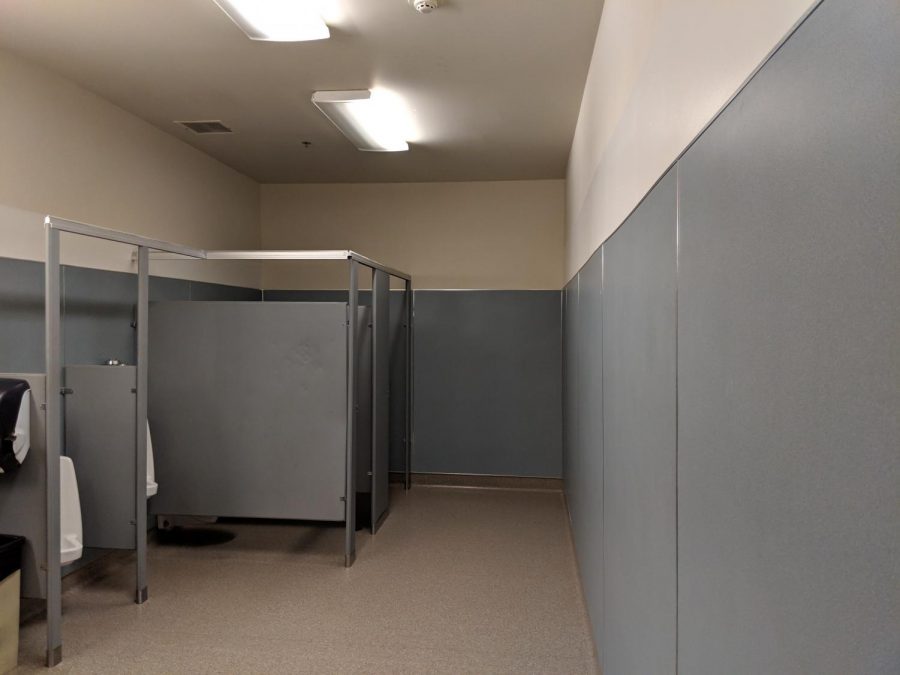 *UPDATE: New stall doors are on the way. Principal Cindy Schubert is working on updating the bathroom facilities, including maybe even installing a new mirror in the bathroom.

Stall doors are usually the last thing on someone’s mind unless you’re some kind of bathroom engineer. It’s a given that they would be there once you’re in the restroom. Except in the third-floor boys’ bathroom at YC.
Any young man attending the high school knows about the struggles of using the bathroom upstairs. The lack of privacy can make it awkward and difficult to take care of business. No one wants to accidentally make eye-contact with their fellow student when they’re at their most vulnerable. Students and staff alike are discomforted by this.
One Ian Patt, student teacher and long term substitute, when asked if he’d be comfortable using the stalls upstairs claimed:
“That’s a no go for me. I firmly believe that stalls should have doors.”
This sentiment is shared by most students, with such claims as:
“I think it’s dumb,” claimed Kade Kleinstuber
“I am furious,” Adrian Salinas shared.
“If need be I will take cardboard in the bathroom and tape it up,” stated one student who’s known simply as J.
So, despite all the protest, why are there still no stall doors?
After a brief interview with our vice-principal, Matt Wiles, the truth became clear: none of the administrators were aware of the problem.
Wiles claimed that the stall doors were removed due to a decision from a past administration. They’d been gone as long as he’d been here. As well, Wiles understands the student’s trouble with not having stall doors.
“I totally respect kids privacy…I don’t think I’d use those.”
Now, it’s common knowledge that the school has recently come across quite a sum of money recently, with the bond being passed. Unfortunately, the money can only be allocated to specific projects: only the actual architecture of the school, none of the inner workings.
While no bond money could be allocated for the stall doors, Wiles thinks that it would be an appropriate course of action to put them back in the boys’ restroom upstairs.
Maybe we can get some mirrors up there too while they’re at it.