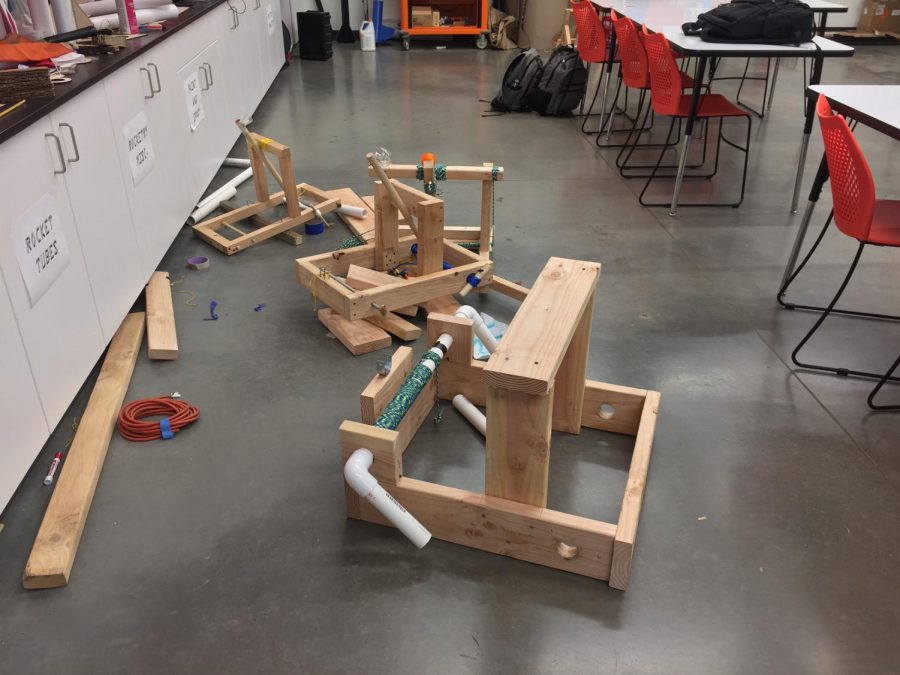 In an interview with Slavish, he described the unit, “The unit is all about force and the redirection of that force into a useful path of motion. This involves a lot of different components, from cords to levers to axels and sprockets – all of it has to come together or nothing works.”

Dean Rorabaugh, a student in the class, said “I would say my favorite part of all units would be the manufacturing portion, but creating the layout and designing it is a close second. I would say the unit is worth teaching because it is bringing the “workshop” aspects of engineering in to us nicely as well as letting people in class use drills and other tools, maybe for the first time, which is a valuable skill to have at least the base level of knowledge about” about the unit.

A lot of times, Slavish said, students will create a design, try it out, and find a design flaw quickly. “One group was planning on drilling a 1-inch hole in a board only 1 and 1/8 inches wide for example, and didn’t realize how weak that would be until they attempted it. This is when the real learning happens!”. With trial and error, learning occurs.

Hopefully by next week, the class will be able to test out their engines, Slavish says. The class is behind schedule, but when the class is learning from it, Slavish doesn’t mind. With Rorabaugh, his design is simple enough to where it won’t take him long to fabricate the siege engine.