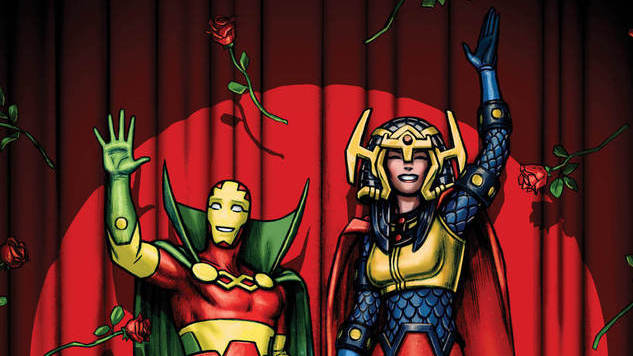 Mister Miracle, written by Tom King with art by Mitch Gerads, is possibly one of the best comics of the decade. It encompasses real-life problems of mental illness and parenthood with the huge ordeals of being a god. King is someone I haven’t always been a huge fan of. His writing in Batman is a little lackluster but here, he shines. His writing, paired with Gerads’ art is a match made in heaven.

The story follows Scott Free AKA Mister Miracle who has the power of being the world’s greatest escape artist, which sounds really dumb but is actually really fun here and creates a great compelling story. Scott Free, after being raised by Darkseid who is DC’s biggest baddie out there was tortured and trapped always managing to escape. Hence his name Scott Free. His wife Big Barda was raised on Apokalypse the same planet Scott was tortured and they escaped and got married. The story follows the torturous trials of PTSD and depression, and that’s where the story shines.

The story opens with Scott’s attempt at suicide. Since his ability is always escaping, he always manages to escape death. The story unravels from there. We follow a war between New Genesis the world of the new gods and Apokalypse the world of Darkseid. Scott and Barda are pulled into this war. It deals with hating the people who raised you and dealing with family drama but just on a level of godly power shifts and a huge sense of unfamiliarity to one another.

The comic is full of highs and lows emotionally. I found myself on the verge of tears at several moments as in only a days worth of reading you find yourself extremely emotionally attached. The characters, as weird as they are, feel real. King’s writing in moments of battle is extremely fun. He has these characters killing and fighting while talking about how they’ll rearrange the house. Moments like these would be handled so differently by anyone else but here they add character and hold big moments for our characters.

The art here is phenomenal. Gerads art uses lines and photoshop to its advantage to create a scene that may create a sense of unease as if you were in the characters head. Gerads pairs excellent dialogue with beautifully colorful art and knows when to focus on the quiet moments. It’s one of the key factors why I love the book. Kings writing paired perfectly with Gerads art is a match made in heaven. The way certain moments are drawn create a fantastic moment whether it be depressing or happy. The saddest moments are those where Scott is alone.

Mister Miracle is a comic that should receive every bit of praise it has gotten. The story is fantastic and that paired with the art makes it even better. For those worried about getting into comics and having too much backreading to do don’t worry, this is a one-off story so it has no necessary reading required. This book is fantastic and almost made me cry about five times. Comic books like these should be something everyone should read. The industry of comics is a lot more than just kid stuff. I give Mister Miracle an A+.