Fantastic Beasts: The Crimes Of Grindewald; oh, and the subplpots, can’t forget about those 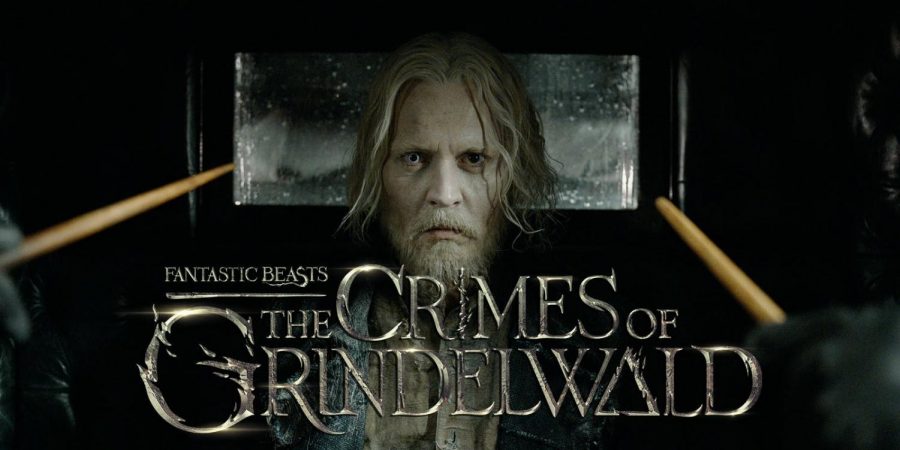 Fantastic Beasts: The Crimes of Grindewald is the newest installment into the world of Harry Potter, but it lacks the complexity of those stories. J.K. Rowling tries to take the subtle world building of all 7 of her Harry Potter and crush all of that into one film. A two hour movie at that. The film itself is fun enough but if you walk in with a critical perspective well, you might be disappointed.

The film itself has a really strong opening with the films main antagonist that gets you excited for how the film is about to play out. It was strong visual effects with cool magical action. The scene is probably my favorite and one of the coolest action scenes I’ve seen in one of these movies. But as soon as this strong opening happens the film just starts running, and when I say running I mean like that one pug who can’t run like a normal dog. You know the one.

This film has quite a few subplots. A normal film would have like one or two, this film has about four. A subplot is usually fine but most of the time it’s just there for set up in the sequel. Harry Potter had the ability to tell a story without it relying on sequels too much while this film relies on the next film to work.

So, there’s a scene involving the previously described character where he tells the characters but mostly the audience his motivation. Now this would be fine but it’s literally like seven minutes long of something they could’ve condensed down to like one or two minutes. But! But, but, but it does NOT end there! Ohhhh no! This scene goes on for probably 15 minutes! Another character joins in to give us the explanation of why his motivation is wrong. My biggest gripe is something like this could’ve just been talked about instead of showing a drawn out scene explaining it. Instead of that, the movie decides to lengthen out the movie by showing us people walking, looking around dramatically and doing one thing. Why does this need 15 minutes!? I really don’t get it! The audience obviously isn’t stupid and doesn’t need to be shown everything! You’re audience has more than likely read the books! They probably don’t need a visual for every little thing!

Oh and this movie is full of “dramatic reveals”. I feel J.K. Rowling tries to take the reveals she did so well over seven different books but put all the reveals with high stakes into one single movie. J.K. Rowling is a good writer. She wrote all the Harry Potter books and even wrote the first Fantastic Beasts movie! How this movie ended up the way it did astounds me. J.K. Rowling wrote some of the best plot twists and reveals in her books but somehow here, forgot how to do that! Reveals are cool and all but if the audience can put it together before they even say it how is it really worth it?

Sorry, but this is going to turn into a bit of a rant about J.K. Rowling now. J.K. Rowling has been constantly saying things about her books and characters years after the last book came out. One of which was that Dumbledore was gay. Now the books never looked at this part of Dumbledore so its fine. She said that the first dark lord, Grindewald, was Dumbledore’s ex-lover. That would be so interesting to explore in your movie but instead all we get regarding this is a scene where someone says “you were as close as brothers.” and Dumbledore replies with “closer” and then a scene where they touch hands. J.K. Rowling said that these characters were gay but when the chance comes to explore it she backs away. There has to be trauma behind the relationship, and I believe that would have been so interesting to see.

Fantastic Beasts: The Crimes of Grindewald is not inherently the worst movie out there right now. That title goes to The Grinch. This movie just tries to put way too much into two hours. This movie has a lot of fun scenes and the acting is all spot-on but the story is just a little lacking, which is sad to say when it’s written by a creative genius. The action sequences are fun and enthralling, the characters are mostly good but the push to make this a starting point for another franchise is beyond obvious. Though the movie is fun its flaws are definitely heavy. I give Fantastic Beasts: The Crimes of Grindewald  a C.