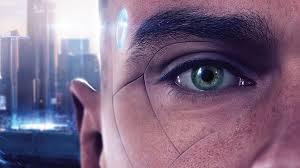 We have theorized about robot uprisings for years. Games, movies, books, and comics have been devoted to robot uprisings. Robots don’t feel pain, don’t get cold, and can’t have empathy for a human being. They are cold-blooded killers. Until now. A new game is on the block; played from the robots’ perspectives. This isn’t new. Terminator games have done a similar thing before, but on a much different scale. Now that we have Detroit: Become Human, the game has changed.

What Detroit: Become Human does differently is it is choice based; each choice you make offers a new path. In total, there are about 45 endings. The developers of Detroit: Become Human (Quantic Dream) say there are more than “1,000 different combinations.” You could save every main character, kill off a few, or kill everyone in 1,000 ways! With all these choices, there is the additional theme of the Butterfly Effect*.

The Butterfly Effect has been a concept attempted in many other games, but never to a scale this large. For example, in the game Until Dawn, the game developers claim it to be a representation of the butterfly effect, with each choice making a  change in the future. However, due to the small budget, the game was too short to be a true representation. It is believed that the butterfly effect takes time to change the world. But Detroit: Become Human is different; it has over 1000 choices and can take days to complete one ending. This offers a lot of time for the butterfly effect to take effect on the future.

One such example was discovered by the popular YouTuber Jacksepticeye. He decided to spare a security android and bring him with the crew he was in as one of three main characters. Later in the game, on one of his last videos playing the game, the same android jumped in front of the character to save him, the game playing a flashback scene of the choice Jack had made.

Overall, the game brings a completely new brand of robot to the gaming community.

*The Butterfly Effect states that one action can drastically change the future, using the example of a single flap of a butterfly’s wings causing a hurricane somewhere in the world.

**Quick Time Events are events in a game where you must press a certain button or perform a certain action in a limited time frame, often a 3 to 5-second interval.