The Best Spider-Man Game Ever Made 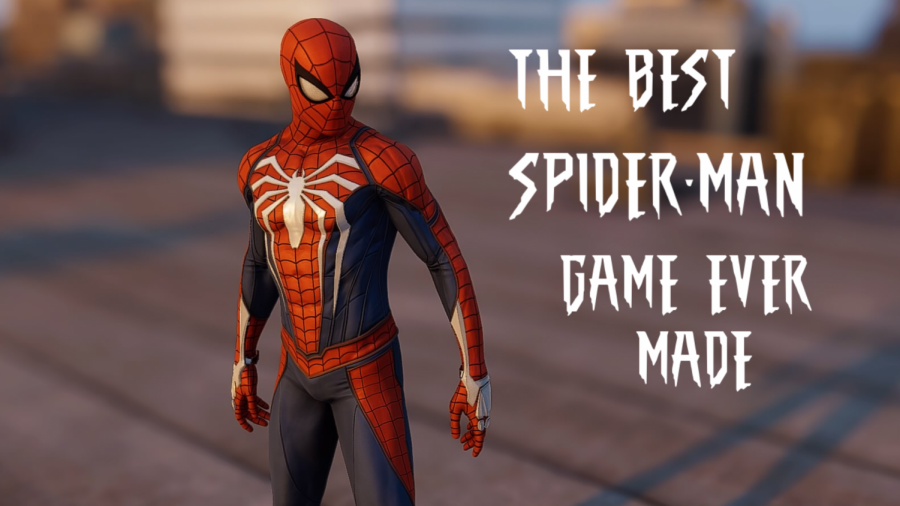 It’s easy to be the best when so many before you were terrible.

For so many years, the quality of the Spider-Man video games has fluctuated wildly. While there have been good Spider-Man games, the last truly innovative Spider-Man game was Spider-Man 2, a game which tied into the movie of the same name.

But finally, after two torturously awful Spider-Man games, a brand new Spider-Man game has releases, which I believe to be the best Spider-Man video game ever made, just a mere two weeks ago. That game is Marvel’s Spider-Man, a PlayStation 4 exclusive.

It’s not related to any Spider-Man film, like many past games have been, it’s not a half-baked, low effort game done for to rake in money. Developed by Insomniac Games, it’s clear that the game was made with genuine love for the character, significant effort and care, and that of all shines through in the final product.

Nearly every part of Marvel’s Spider-Man is incredible. From the story, to it’s characters, or the city itself. Even it’s collectibles are fun to hunt down. And just a heads-up, there won’t be any big story spoilers, only information that was revealed in the game’s trailers and gameplay demos by the game developers themselves.

Before I get to anything else, let me talk about the web-swinging. Being able to swing from his webs is perhaps most important component of Spider-Man, but time and time again, video game developers have gotten it so, so wrong.

In fact, Spider-Man 2, which I mentioned briefly earlier, is regarded as the only game prior to this new one that truly got web-swinging down. In SM2, Spider-Man’s webs would attach to buildings, allowing for a more realistic experience, rather than having the webs just attach to the space above him.

Every Spider-Man game after that one completely disregarded that added realism, opting for the “webs attach to the space above him” approach, which would frequently make the games that took that approach appear far inferior to the only one that did.

But in Marvel’s Spider-Man, the way the web-swinging system has been designed, where the webs once again actually attach to buildings, completely immerses you in the game and really makes you feel like you’re actually swinging through New York City yourself. The swinging is so good, that you could spend hours just swinging around the city, sightseeing. Speaking of swinging around the city, Marvel’s Spider-Man has you traveling across the island of Manhattan in New York City, and it does a tremendous job of recreating it’s setting in-game.

What about the collectible backpacks you can find in the city? Seeking them all out doesn’t feel like a burden, strangely enough. Instead, it‘s actually a fun, optional side activity that provides small pieces of information about the world this game takes place in, and factoids about its characters and their backstories.

Another thing you can collect are alternate costumes for Spider-Man. Unlockable costumes seems to have become a staple of Spider-Man games, as almost every Spider-Man game has had extra costumes to unlock and wear. There are some costumes that you have to do something tedious to unlock, but almost all of the other suits are unlocked simply by playing the game.

An interesting component of the game is what the suits can do. Each one has a “suit power” which is essentially a power-up that you can use for about a minute to help you in battle. One example of a suit power is have electric fists and using those to do damage to and stun enemies. Every suit has a unique power, some of which aren’t very useful, but you get them for free if you unlock and craft the suit. All-in-all, I’d say that most of the suits are worth crafting, via tokens you earn by completing in-game tasks, no need to spend any real-world money here, thankfully.

Boasting a roughly 20 to 25 hour story, this game could be finished in a single weekend, and even though it isn’t a long story, it’s absolutely a story worth experiencing.

As for the content of the story, and its characters, I won’t veer too much into spoiler territory. The game sees Peter Parker, who’s now 23 and has been Spider-Man for 8 years, dealing with a growing threat in New York after the arrest of Wilson Fisk, a notorious crime lord.

I do have one complaint about the game. There are stealth missions placed throughout the game, which I assume were meant to give you a break from the constant thrill of being Spider-Man, but ultimately, they aren’t very good, and slow down the pace of the game significantly.

They aren’t terribly fun, and often times, what you experience in the stealth missions could’ve been more easily explained via having a character talk about what they did, rather than forcing the player to sit through it themselves. But that’s the only real complaint I have. There are occasional game glitches, of course, but those don’t affect the main story.

Like I mentioned before, I don’t exactly want to reveal too much of the story, simply because it’s an incredible thing to experience for yourself, rather than through reading a synopsis of it. However, I will say that this is definitely the best story I’ve ever seen in a Spider-Man game, and I’ve played almost all of them over the years.

Marvel’s Spider-Man is the quintessential Spider-Man game, and if you like Spider-Man, or open-world video games, I strongly suggest you purchase Spider-Man, as it’s worth every penny.