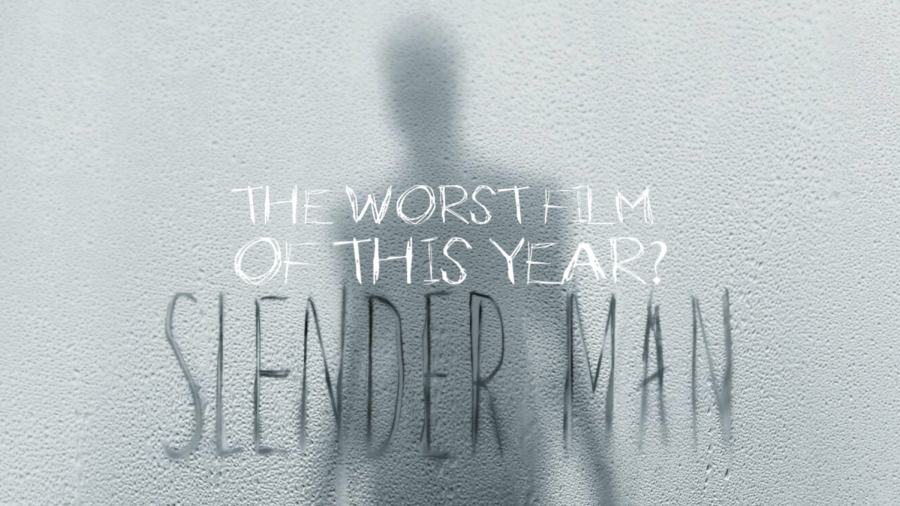 The 2018 supernatural thriller Slender Man is certainly a film. But it’s definitely not a good one. Almost every part of it is a perfect example of what not to do when crafting a movie.

For starters, the plot of Slender Man is not important at all. What should be the driving factor of ever movie, what is supposed to keep the viewer watching and engaged, but most of the time, it feels like it exists because they needed a plot to make this film.

The story of Slender Man is one of the most boring and uninteresting I’ve ever experienced. Throughout the course of the film, story exposition is thrown out to the audience like candy to children on Halloween. Now, at times, the plot is somewhat easy to understand, but a lot of the movie is packed full of unnecessarily convoluted story.

Then, of course, there’s the characters. They don’t really matter that much. There’s four main teenage girls, and I don’t remember a single one of their names or backstories. But then again, they each have the most surface level backstories, and virtually no character development at all.

The characters are four teenage girls, all of which are written poorly. None of them grow as people throughout the movie, and their dialogue is terrible. At best, the dialogue from the main characters is boring, and at worst, it’s outright cringeworthy.

But the film goes from bad to somehow worse when the acting gets involved. Every character in Slender Man is a nobody, except of course, for Joey King, an actress well -known for TV movies and bad Netflix originals. All other characters are portrayed by actors and actress who are apparently just starting out in Hollywood, since their acting is absolutely awful.

While I was watching the film, and subsequently, the acting of the people in it, I found myself questioning whether or not this movie was actually written as thriller, with moments intended to be suspenseful, or if it was written as a parody of the genre. Either way, it does a terrible job.

While some acting was tolerable, much of it was unnecessary, and often involved over-the-top reactions that didn’t belong in certain moments. Large portions of said acting were laughable, while others were boring and excruciatingly bad. Truthfully, the only good character in this film was the titular Slender Man, due entirely to the fact that he didn’t have to speak or act, he just had to stand there and look scary.

Now, if you were curious about the plot, buckle up, it’s a wild one. The plot of the movie makes it hard to discern if this movie realm is genuine, since the plot is boring most of the time, and unnecessarily convoluted at certain key moments. Spoilers in this next part. For instance, the teenage girls are at school when they hear a group of boys nearby say that they’re going to watch a creepy video on a website.

The main girls, who are all hanging together after school, decide to copy this idea. The next day at school, they find out the boys decided against watching the “website video” as characters in the movie call it. From watching this video, Slender Man, for whatever stupid reason, can get into the mind of the viewer and haunt them, then stalk them, and finally, abduct them.

Now, the fact that Slender Man makes his victims paranoid and infects their mind is an interesting concept, and is one that is seldom touched upon in media about the character, but the fact that the concept in buried in the middle of an awful movie really ruins it.

The cinematography of the film is either fine, or extremely terrible. Lots of shots are weirdly framed and lit, and some scenes are almost completely pitch black, making it nigh-impossible to discern what’s happening. And one thing I really don’t like about the look of the film is that it has a really clichéd blue-colored filter of lots of the scenes, which is somewhat stereotypical for movies of the sub-genre Slender Man sits within.

But, there is one somewhat decent part of the movie, and that it the visual effects. Slender Man himself is surprisingly a practical effect, a costume, as I thought for sure he’d be entirely CGI. He is enhanced by the CGI a little, but he’s mostly real. Some visual effects, like the ones that are completely CGI, do not land at all. In fact, almost all of the CGI effects are laughably bad, and I mean actual, laugh-out-loud terrible.

If anything, Slender Man offers a momentary glimpse into the past, the early years of the 2010s, when life was just a little bit simpler, and fictional characters, like Slender Man, were at the height of their popularity. You begin to wonder why this film was even made, so long after the titular character’s popularity had diminished entirely? But unfortunately, nostalgia can’t save everything, especially not a horrid movie like this one.

So all-in-all, in a terribly written movie, with incredibly subpar acting, nearly zero plot, and mediocre cinematography, you’ve got nothing to lose by skipping Slender Man. If you want to watch it and make fun of it with friends, wait until it starts airing on TV networks where you can see it, in all of its terrible glory, for the great price of free.