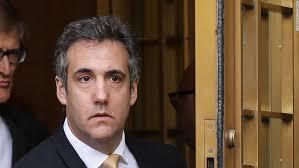 On Thursday, April 12th Robert Mueller ordered a raid on President Trump’s personal lawyer Michael Cohen. Mueller is the former head of the Federal Bureau of Investigation or FBI. He ordered the raid on account of suspected cohesion with Russia.

Trump stated that his own federal justice system had made an attack on our country. Trump has talked about the possibility that he may fire Mueller. In the words of freshman Kassidy Ashby, “Every person who tries to investigate him he fires. So obviously he’s trying to hide something.” She is commenting on Trump’s firing of the previous FBI director James Comey in May of 2017, a little more than a year ago. Because Trump fired Comey it would make it increasingly suspicious for him to fire Mueller.

YCHS sophomore Claudia McAbee believes that Trump should try to lessen the damage to himself. She stated that, “Trump needs to do what he can to save himself, even if that means he has to negotiate with Mueller.” The Law and Politics teacher at YCHS Matt Opitz backed McAbee up on this. He said that, “Mueller has given Trump until September first. What he needs to do is sit down over the summer and work it out with Mueller.”

Cohen has been struggling to gain back his reputation with Trump. Many scandals were released with the papers which blackened his reputation even more. At first there was just russia, but then Stormy Daniels and many others cases came in. Trump has been trying to lessen the impact on himself and distance him from Cohen to save his own reputation.