The Titan, a film of titan sized mistakes 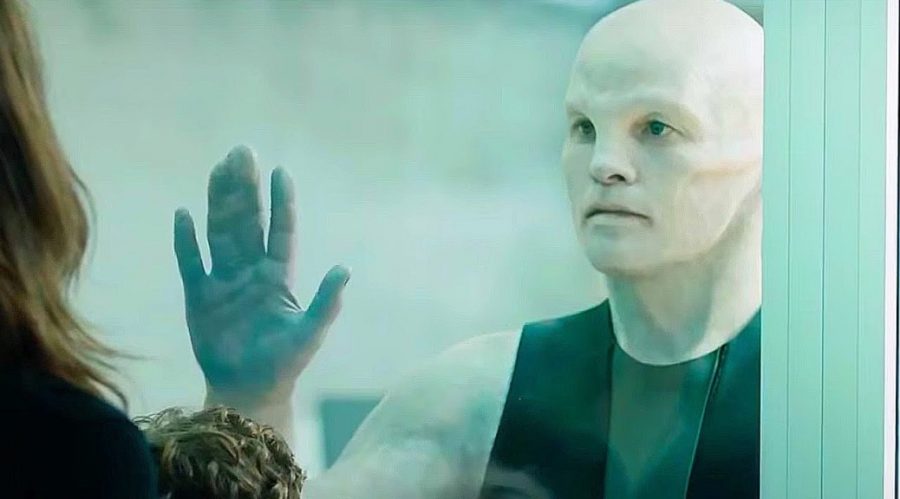 Scientific inaccuracies, bad writing and pacing, and best of all bad acting; what more could you ask for in this awful movie simply known as The Titan. The film starts with a boring and cliche backstory to this films world. The film takes place in the distant future of 2048. Luckily a much better film takes place the following year (Blade Runner 2049). If you can’t guess by now most bad movies interpret the future; it’s hot, the world is in a huge war for survival blah blah blah; you’ve heard it before a billion times. The world building in this film is dangerously lazy. You want to tell us this is an awful place then show us, don’t tell us. A film that does this extremely well is Dredd. Dredd takes place in a far future where the United States are made of Mega Cities where crime runs rampant. The film shows us that. The Titan like most lazy movies just tells us.

The plot of the film is even worse than its world building,

thankfully! The plot surrounds Sam Worthington as generic hero dad. The characters names are almost useless as we hardly get to know them as characters. But that’s for the next paragraph. Sam Worthington and a few other soldiers are being experimented on so they can evolve and live on Saturn’s moon, Titan. The movie says that Titan is the only other planet in our solar system with an atmosphere. Now, I’m going to ask google how many planets in our solar system have atmospheres. “In addition to Earth, many of the other astronomical objects in the Solar System have atmospheres. These include all the gas giants, as well as Mars, Venus, and Pluto. Several moons and other bodies also have atmospheres, as do comets and the Sun. There is evidence that extrasolar planets can have an atmosphere.”-Google. Now I just googled that and the film was too lazy to even research that simple fact that I knew in third grade. The film is full of inaccuracies like this one that just drive me crazy. The rest of the film follows the subjects as they change.

Body horror is something movies can do amazingly, just look at films like The Thing and The Fly! The films’ interpretation of body horror is extraordinarily weak. We see Sam Worthington give a performance flatter that a sheet of paper as he swims through a pool like a dolphin, which is where most of the people I’ve talked to about this movie stopped watching. The transformations of the characters are really weak and nothing terrifying like The Fly but instead just skin peeling like a snake. What happens in the film though is that Sam Worthington can’t complete his transformation without surgery which is really, really dumb. If these people are supposed to be going through a new phase of evolution they shouldn’t need surgery. After the awful surgery scene we see Sam Worthington is now a dolphin person! Yup! That totally happens in this! You’ve seen him blue in Avatar, but have you seen him the color of a porpoise?

After this he communicates through finger string telepathy with the other dolphin lady. While watching this film i noticed that neither character truly developed at all. So really talking about her is pointless considering we know almost nothing about her. Anyways, the two go crazy out of nowhere and kill a ton of people in this science facility. Confused? I was too.

The characters in this film are stupidly weak. Their performances are out right bad and I have no attachment to them.  Sam Worthington stars in this film as generic hero character #1, that’s not really his name but this movie is so bad that it’s hard to know anyways. His character decides to be a part of a group of men and women who will be forcibly evolved by science that isn’t even fact. Like for instance in the scene where the generic scientist character is explaining everything with some mediocre at best CGI presentation behind him showing off his plan a man in the group talks about how the science of this is off and Sam Worthington tells him to shut up. The fact that a writer choose to have this in here to make this character look dumb but in reality is actually smarter than the man with the PhD shows how great the laziness in this is. The characters are bad i’ve said that enough but what is really bad is literally anything they do.

The things that these characters go through is just so painfully bad to watch. Sam Worthington’s wife goes to the scientist character and yells at him about this but like she 100% agreed to let this happen. She knew what was gonna happen. The characters are just so bad.

The Titan is one of the worst movies I have seen in awhile. Guess who released it. Of you guessed Netflix you are correct! The story behind this film is that it was so bad that no one wanted to release it, so of course Netflix bought it up. Netflix has been releasing garbage films as of late. I have faith in Netflix due to them releasing pretty quality shows like Daredevil, Jessica Jones, Love, and Stranger Things  but when it comes to making movies they fall way behind. I’m gonna end this review with a quote, “My disappointment is immeasurable and my day is ruined.” The Titan gets an F- from me.