Students Bring The World Of Theater To Life 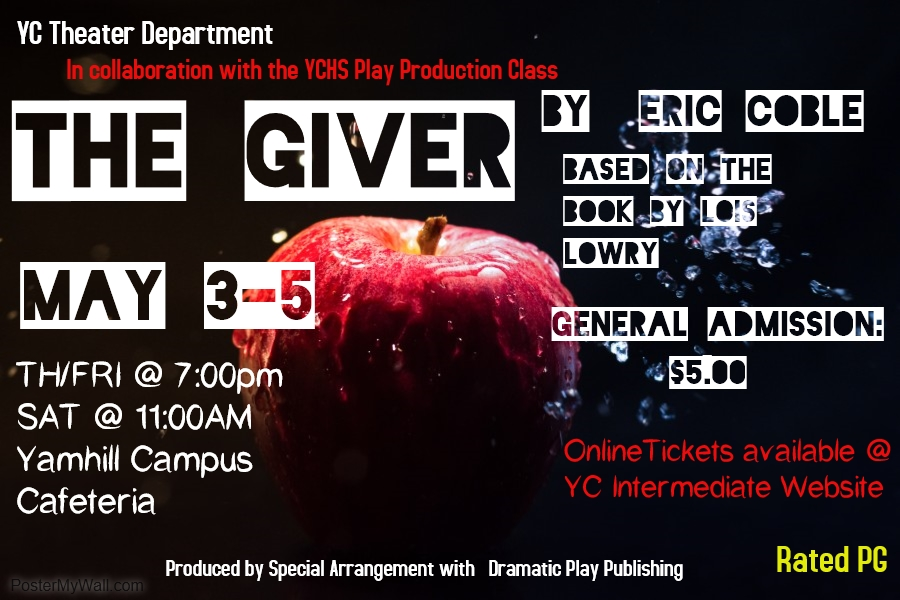 A majority of the time teachers take charge and are the leader of their class. The one who is the instructor. However, right now, that’s not the case for Yamhill Carlton High School’s Play Production Class.

Currently, the Play Production class students are bringing to life a play for the story of The Giver.

These students are taking their creativity and making a piece of art out of what they enjoy to do, and hope to entertain other people. They have been entrusted with this responsibility and are working hard at it.

Generally school plays are open to kids of all ages in the district. Although, as Stephanie Belt-Verhoef, the play production class teacher, said, “There’s 20 people in the class. They are acting and designing the show.”

After that there are students who have taken other roles in this journey to producing a high school play. As Belt-Verhoef said, “We have three students who chose to be student directors. So they were given a collection of four-five scenes where they had to direct their actors.” These three people are sophomore Payton Adamski, junior Kaitlyn Troillenger, and senior Ryan Currier.

In addition to these people there are a few others who have some specific roles outside or instead of acting. They consist of sophomore McKenzy McAvoy as costume lead, junior Fiona Crane as the makeup lead, sophomore Emma Prine as the set lead, junior Ethan Cline as the light lead, and freshman Chase Schrepel as the stage manager.

Play production is not only about acting. It is also about all the behind the curtain work that turns plays into the entertainment people love. “It doesn’t necessarily require like a lot of intelligence or a lot of strength, but you still have to be you now nice. If you be mean you won’t be a good stage manager. But you also have to have persistence,” said Schrepel.

Play production is not always about acting. There are so many other skills that are brought together for play production.