The Ins & Outs of Forza Horizon 3 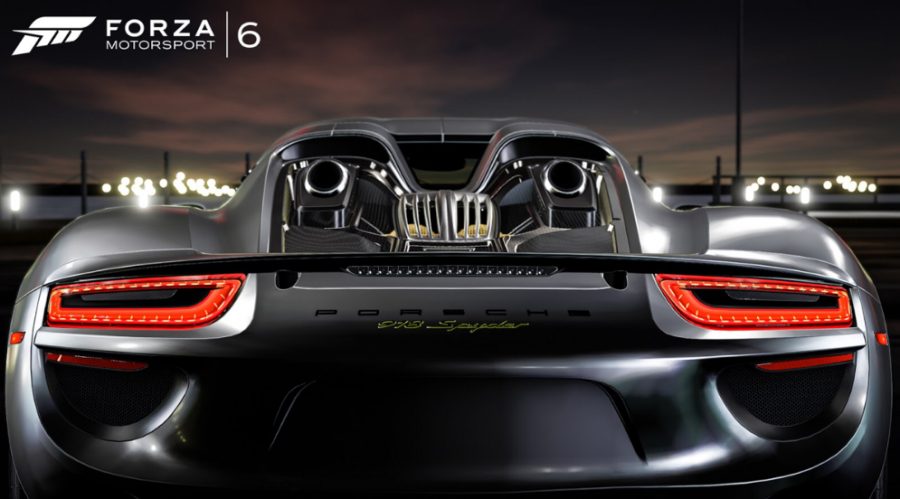 Picture this… green, rolling hills; humid, treacherous jungles; the sound of waves crashing against white, sandy beaches; and buildings so tall they pierce the sky. What I just described to you is the colorful, “Free Roam” world of Playground Games’ & Turn 10 Studios’ Forza Horizon 3 that takes place in Australia.

A predecessor, if you will, of 2014’s Forza Horizon 2, but much better in so many ways. Over all, the FH3 received positive reviews, a “5/5 from Common Sense Media”, “91% form Metacritic” and a “9.5/10 from IGN Entertainment.” In my opinion things like graphics, game physics, and music have all been contributors to mine and other people’s fondness of this new edition to the “Horizon” franchise.

Almost immediately after the game loads up, we are met with an opening scene of an airport where the camera displays four of the most gorgeous cars in the world! Or at least in my opinion.

The viewer is met with a Koenigsegg one: one, Audi R8, Lamborghini Centenario, and finally a Ferrari Special. In this one shot, the gamer gets an idea of the amount of detail the developers put into this game. From the glistening paint on the cars in the sunlight to the small, red dingos scampering across the runway.

But this game isn’t about the flora & fauna, it’s about you. In FH3 you are the “Festival Boss.” And your job is to attract fans to your Festival, by any means necessary. What I mean by that is you can literally do anything and you’ll get a certain amount of fans for what you did.

Now in case you couldn’t already tell, fans are a collective item(s) just like experience and credits, which are what you use in the game as money. All of these things are obtainable through races and PR stunts, which include drift zones, speed traps, etc. There’s also a lottery mechanic in the game, once you level up a wheel will appear and you have a chance to win credits or cars.

As I mentioned earlier FH3 is a “Free Roam” based racing game. Free roam means that the player is not bound to a single road or track. You’re allowed to drive on and off the roads of Australia, so go and take that shortcut through that person’s yard, no one will stop you.

Now I know what you’re thinking, “But what if I hit someone or their dog?” no need to fear the developers are here. Thankfully you won’t need to worry about such things because any living thing is protected by either an invisible barrier or a guardrail. And the occasional creatures you’ll encounter are in a ghost like state, meaning you can drive through them. This is just another way to simulate a safe, family friendly game.

Which brings me to my next point, the game physics. FH3 is a very realistic game in many ways. Ways that can only be described by a true player.

“I’d say Forza Horizon 3 is more realistic than other games I’ve played, such as GTA and the Need for Speed franchise” Sophomore Joshua Wilson.

One aspect of FH3 that really makes it shine is the weather. When it rains the roads get wet and harder to drive on which will be a problem for those who planned on drifting in and out of parking lots. And, as an extra, your screen will have little water droplets appear to insinuate that it is indeed raining. Plus the faster you go the droplets move to opposite sides of the screen.

The next thing I’ll mention is the other aspects of the game that many feel the need to keep secret. I’m talking about the game’s glitches and anomalies, what’s so interesting about these glitches is that the whole world knows about them and yet they haven’t been patched in any way shape or form. The majority of these glitches don’t hinder the playing experience of FH3, at least not in a negative way.

For instance, one of the glitches involves getting in front of a moving train and hitting the pause button. Once that happens and you exit the pause menu, you’ll instantly come to the conclusion that you are flying. The train literally launches you at speeds of 200-700 mph! Crazy! And the developers don’t feel the need to patch it, why?

“I think that the main reason the developers of Forza Horizon 3 don’t patch any of these glitches is because they provided an interesting break from the constant race setting, it’s a fun thing to do with friends if you don’t want to race with them” -Aaron Hinton (Decent Gamer).

In my opinion, I agree with this statement since the majority of these glitches are exclusively for those who play online. Plus if I saw a Ferrari flying in the air going about 400 mph past me, I’d stop everything just so I could laugh uncontrollably.

Another neat part about FH3 is the main map of Australia isn’t the only place you can drive. There are in fact 2 expansions to the game, Horizon Hot Wheels & Blizzard mountain.

One expansion takes place a little ways off the coast of FH3 and includes several islands, all connected by a network of winding, neon orange tracks, Thus the name “Hotwheels.” There are lop-da-lops, half pipes, and insane jumps purposefully put there just for your enjoyment.

Then after exceeding all expectations, in the center of the map, there is a mountain that has this crazy, twisting track that upside down, sides and nearly a complete vertical road to the top and on the way down. If you enjoy the old Hot Wheels toy cars and tracks as much as I did you’ll love this expansion.

Then there’s “Blizzard Mountain” which takes place atop one of the mountains in Australia, while there all the roads are covered with snow and ice, which surprisingly makes it easier to drift on. One little detail the developers added to this winter wonderland is snowmen, and when you drive through your first one a person will call you and say “Boss… I think a child built that!” Which is really funny in my opinion so while driving up and down the slopes, don’t miss this hidden gem of comedy.
Forza Horizon 3 gives the player a lot of things to do like, hundreds of variations of races, over 60 championships and around 1,000 drivable roads to discover, (I am of course including the main map and both expansions), but don’t get overwhelmed. “If you stick to the story”, which was some advice from Joshua, you’ll find a plethora of things to do. And of course, if you don’t like the Horizon franchise you can try the Motorsport games.