The Life Aquatic with Steve Zissou, a complicated and underrated film. 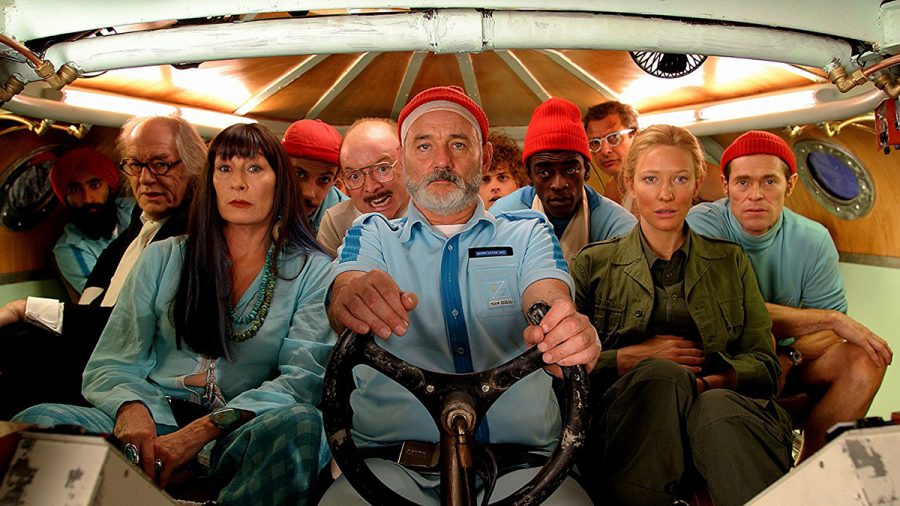 The Life Aquatic with Steve Zissou is a depressing comedy-drama about a famous ocean faring explorer who wants to avenge the death of his best friend. On this voyage, he brings with him his unhappy wife, a man that may or may not be his son, a pregnant journalist who once looked up to him in her youth, a large crew who are as close as family. On this adventure, they also listen to some rad songs and learn a lot about themselves.

Releasing in 2004 this film was a flop at the box office; making half of its budget and getting many mixed reviews from critics. People either said it wasn’t funny or it had too many plot holes and writing issues. I believe this was an extremely underrated movie. A Lot of the “issues” in The Life Aquatic with Steve Zissou are simply stylistic choices and some pacing issues common in the director, Wes Anderson, has in many movies.

Anderson’s usual style is heavy in The Life Aquatic with Steve Zissou. With long pauses and great special effects. In The Life Aquatic with Steve Zissou, the special effects are as quirky as the rest of the fun. Anderson likes stop-motion and he litters this throughout the film. The claymation animals are colorful and imaginative. And they are supposed to be a source of wonder throughput a mostly bleak comedy. And these special effects also remind you that at one point our main character Steve ( Bill Murray) was made happy by these animals and many other things he is surrounded by.

The soundtrack of the film is a lot of David Bowie songs, Many sung by one of the crewmates with a guitar. The music fits the movie very well with some simplistic synth playing throughout it as well. The synth leads to the sense of childlike wonder experienced in many parts of the movie while the David Bowie songs bring themes of searching for identity and meaning. A theme as prominent in this movie as in David Bowie’s music.

The framing of the shots this movie are really good. They tour the entire ship in one take multiple times. There are a lot of artfully done shots of two people talking but the way its shot make them feel like the only 2 people in the world, a style Anderson uses in many of his other movies. And for a quirky comedy-drama, there’s a lot of surprisingly good action sequences.

The characters are memorable and the acting superb. Bill Murray shines as the aging and self-conscious Steve Zissou. Angelica Houston plays his wife who wishes to see even a small amount of the man she married. Owen Wilson plays Ned who might be steves son and is searching for the father figure he always wanted and Mr. Wilson pulls this character off. Cate Blanchett is a pregnant reporter whose life is such a mess that she decides spending time with a man she once looked up to would help. Willem Dafoe and Jeff Goldblum are both hilarious side characters.

The Life Aquatic with Steve Zissou is a beautiful film. Of course, it has its flaws but overall it is a movie that deserves more than it gets. The movies have many themes, so many that I was half tempted to write an analysis but I didn’t want to spoil anything. Every time you watch The Life Aquatic with Steve Zissou you notice something new about a character or something in the background. This movie is an amazing film that took a lot of work to make, so please give it a try.