A Passion Beyond Four Walls

For student Ashley Warden hunting is more than a hobby; it's a way of life. 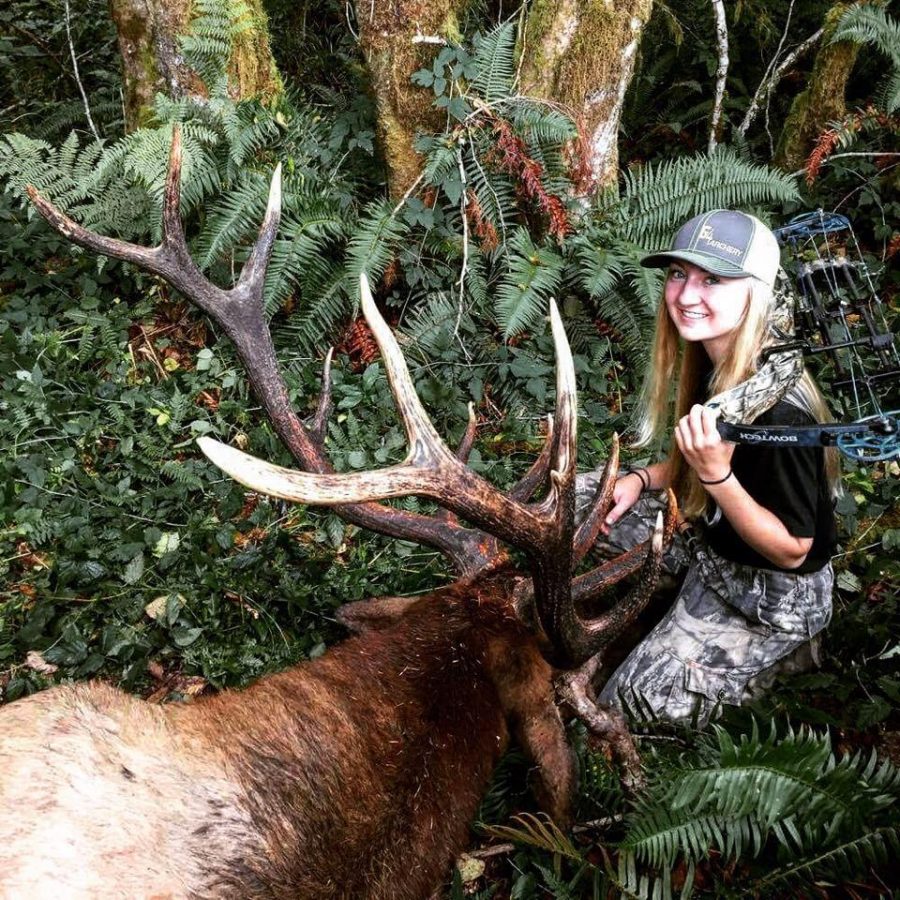 Ashley warden poses with her 6x7 bull elk from the Siuslaw Unit in Southern Oregon.

Senior Ashley Warden hasn’t grown up like everyone else. She has spent the majority of her life in the woods, hunting for her and her family’s survival.

Warden recently took down a huge trophy. A 6×7 bull elk in the Siuslaw Unit located in Southern Oregon during the unit’s bow season.

Warden favors bow hunting for many reasons over rifle hunting; Warden says, “it’s very complex, it’s a lot harder, it’s more of a challenge, it gets your blood pumping… a bow is just so up close and personal… when you shoot an animal with a bow you have to right there with them and it has to happen right now.”

After each kill, Warden takes a moment to pray and thank the Lord for her gift. She is grateful for every opportunity that has come her way.

Warden’s father has been the most influential when it comes to her hunting career, he has an astounding amount of knowledge.

The world of hunting has opened doors that Warden never had imagined were possible, including multiple sponsorship’s and an offer to co host a radio show.

Warden promotes an organization called Warriors Never Give Up. They are based off of God and wounded warriors, they raise money via selling a Warrior Arrow that holds a Bible verse, and red, white and blue fletchings. The organization sells the arrows and uses those funds to take veterans on hunts.

Warden is going far in this world and there are many who see that.