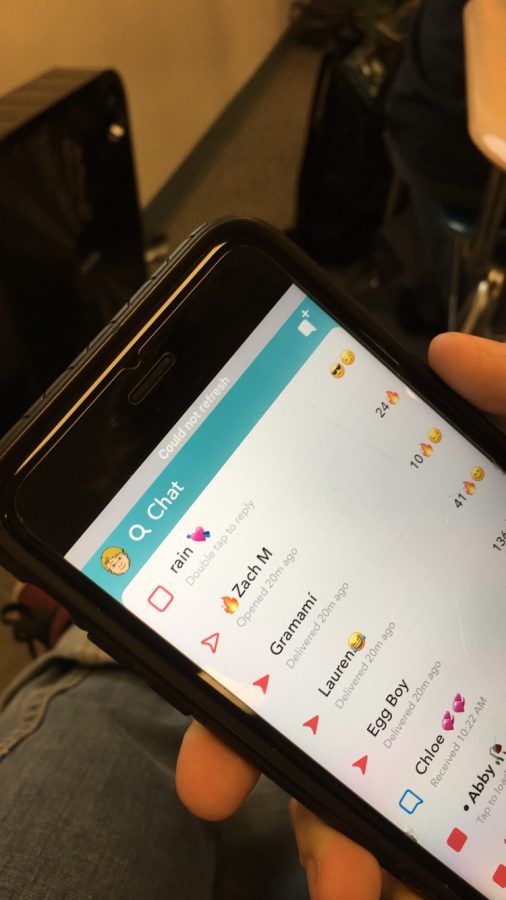 Recently, the Yamhill Carlton School District has made the decision to block several apps. This includes AfterSchool, Sarahah, and one causing the most stir amongst students, Snapchat.

The reasoning behind this decision was due to people receiving anonymous negative messages through these platforms. Gregory Neuman, Yamhill Carlton High School principal, states “School needs to be an environment free of bullying.” He emphasizes this as his main concern.

However, apps like Twitter, Instagram, and Facebook, aren’t blocked from the school wi-fi. Neuman says, “Those apps are able to give viable news, Snapchat however, doesn’t have any educational value.” Therefore implying that the said blocked apps do not provide vital information.

Another app that was blocked, with different reasoning, was Netflix. Neuman states that this is simply because it takes too much data and that the data should be devoted to more productive and educational purposes.

He then stated; “Make an argument to convince me otherwise”, so we took it to our peers and asked for their input on the whole situation.

The students, quite frankly, are not exactly happy with this. Sophomore, Hanna VanDeWalle, thinks that it wasn’t a smart choice. “I don’t really think this is effective because you can just get a VPN (Virtual Private Network) or you can use data, so it’s not really fixing the problem at all.” Overall she found it ineffective as a solution to the problem.

Not only have students found this useless, but they also say that the app block has created a lack of communication. Junior, Alex Holliday, has had this issue. “It’s (blocking snapchat) understandable, but mighty inconvenient. Sometimes I have to communicate with people at school with Snapchat and this somewhat interferes with that.” People often use Snapchat as a form of contacting other students, the app block has therefore made it slightly difficult.